Home » About Us » LGBTQ+ Welcoming 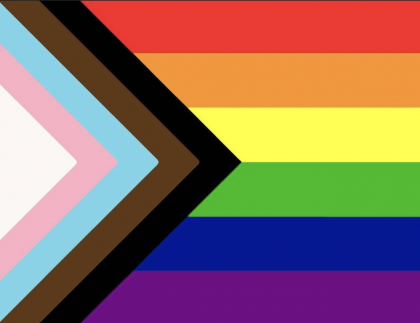 Unitarian Universalism is widely known for its commitment to welcome and equality for lesbian, gay, bisexual, transgender, queer + plus (LGBTQ+) individuals and families.

We are one of the few religions that ordains openly LGBTQ+ people, and the Unitarian Universalist Association (UUA) also provides assistance in their settlement. Our LGBTQ+ clergy (who are permitted to partner or marry) participate fully in our faith community as pastors in some of our largest congregations.

Unitarian Universalism is proud to perform commitment ceremonies and marriages for couples regardless of gender, and has publicly supported this practice since 1984. The UUA actively encourages member congregations to work for marriage equality in their communities, and leaders continuously advocate for marriage equality on a national level.

Resolutions and actions on immediate witness have been passed at General Assembly on many secular LGBTQ+ issues, including discrimination, AIDS, the military, sexual education in public schools, marriage equality, and the employment non-discrimination act.

The denomination has had sexuality education inclusive of issues of sexual orientation since 1971 and adult curriculum on LGBTQ+ issues since 1972. The UUA also expects all ministers to show ministerial competency in the area of human sexuality before being approved for ordination.

We have an affinity group that currently meets as called.

In October 2019 an LGBTQ+ Focus Group was convened by the Ministerial Search Committee (MSC) as part of their process to understand the ministerial needs of LGBTQ+ members. Seven people attended, including the MSC organizer Mimi Gephart-Seeley. There was a collective interest in gathering again to socialize and explore the idea of forming a LGBTQ+ affinity group in the near future.

A meeting was organized for an LGBTQ+ focus group, to meet with Rev. Lissa. This time Mimi employed the assistance of Michael Lyde—long-time UUCLB Member, leader, organizer and member of the Interim Ministry Transition Team. Michael and Mimi have a vision to start-up a new LGBTQ+ group. With plans in the near future to begin hosting social and virtual gatherings with self-identified LGBTQ+ members of the congregation and to host a brainstorming session. Look for specific information in the monthly ADVANCE or in the weekly Order of Service. Contact our facilitators to find out how the group may be meeting with our current limited ability to gather.